About Us: Board of Directors

Seymour Rifkind is the past President of the Interface Group, a 33-year-old marketing communication firm. Interface provided marketing services to some of the largest corporations in the world, Toshiba, Siemens, Motorola and Baxter to name a few.

In addition to his marketing background, he is the author of the best selling book 21st Century Samurai: The Secret Path to Success & Fulfillment, which has been translated into five foreign languages. Seymour has done over 50 radio interviews and has been featured in a number of national publications. He is an executive coach and sought after keynote speaker.

He is the founder of Future Leaders Foundation, a not-for-profit corporation whose mission is to identify young potential leaders and instruct them to practice value-based leadership skills.

Seymour is considered one of the world´s peak performance experts. He provides workshops and seminars to major corporations and athletic teams. He´s spoken at the University of Oklahoma, University of Michigan, University of Illinois, Ohio State University as well as many others. Below are some of his athletic accomplishments: 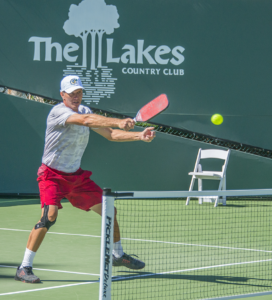 Marcin was born in Warsaw, Poland coming to United States as a young boy. He spent most of his tennis training at the Van Der Meer Tennis Academy in Hilton Head Island, South Carolina. At the age of 18, he won the Polish National Championship and became number one in Poland. In 1994 and 1995, he played in the Davis Cup for Poland as well as all major tennis tournaments around the World. In 1995, his professional career came to halt when he fell ill with malaria. Marcin settled in the desert while playing college tennis at College of the Desert and UCLA, which commenced his teaching career. His vast accomplishments include the 2016 Singles US Open and National Pickleball Champion, 2016 Silver Medalist at the Nationals, Bronze Medal at the 2016 Tournament of Champions,  Head Tennis Pro at The Ritz Carlton Hotel, Head tennis Pro at  Indian Ridge Country Club, Head Tennis Coach for College of the Desert, and now The Director Of Sports at The Lakes Country Club, Marcin has also traveled with Ana Ivanovic as she won the French Open Championship, serving as the hitting partner for Victoria Azarenka as she became number one in the World. Marcin has made a history in the pickleball world by hosting a very first Professional Pickleball Tournament at The Lakes Country Club in 2017 as well as being a member of the first IPTPA World Conference in Naples Florida.

Stephanie Shouse Lane lives in Nashville Tennessee and has been playing competitive pickleball since 2012. Since Stephanie started competing nationally in pickleball, her travels have taken her to 15 states that include California, Washington, Nevada, Utah, Arizona, Michigan, Indiana, Illinois, Wisconsin, Texas, Lousiana, Alabama, Georgia, North Caroline & Florida. In 2016, she plans to add Colorado & British Columbia, Canada to her pickleball competitive travels. Besides competing in tournaments, Stephanie has worked hard to advance pickleball in Tennessee. She has recently been asked to conduct clinics and loves sharing her passion & expertise with those wanting to learn more! She fell in love with this sport back in 1987 when her collegiate tennis coach & academic mentor Trish Hodgson Duty taught the women´s tennis team & student teachers about this crazy-named sport. Stephanie later taught pickleball to middle & high schoolers for many years before learning adults played this sport too. She has taught physical education for 25 years and continues to love her job. Stephanie credits her college tennis career for her pickleball skills and mental toughness. She had an outstanding tennis career posting an 80 percent winning percentage to become one of the most successful players in the history of Lipscomb University (Nashville TN) tennis. She was elected to the LU Athletic Hall of Fame in 2004 as well as her high school´s Hall of Fame in 2008 at Battle Ground Academy(Franklin TN). In 2015, Stephanie was honored to join the “Pickleball Rocks” team and handles the clubwear for the company. She also serves on the board for the IPTPA (International Pickleball Teaching Professionals Association). For Stephanie, pickleball not only fulfills her passion to compete but also has allowed her to meet hundreds of wonderful people across the country! USAPA National Tournament results include:

Other top tourney finishes include: 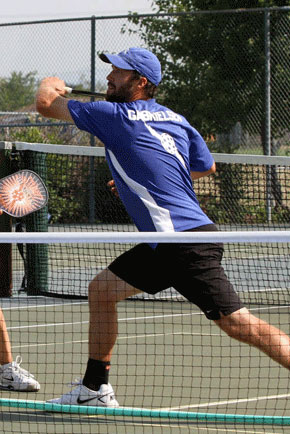